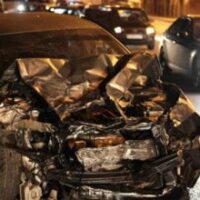 Overnight from Friday, December 6 to Saturday, December 7, there were three separate fatal accidents in the Tampa Bay Area.

The first accident happened in Pasco County at the Seven Springs Boulevard and San Jose Loop intersection around 6 p.m. 54-year-old Ralph Innamorato, of New Port Richey, was driving his 2000 Dodge Ram, coming up to the driveway for a Chevron Gas Station on Seven Springs Boulevard. Innamorato turned into the path of Bradley Casler, of Dunedin, and Alia Rodger, of Land O’ Lakes, who were traveling northbound on Seven Springs Boulevard. Casler and Rodger were riding on a 2007 Suzuki GXR600 motorcycle and collided with the right side of Innamorato’s Dodge Ram. Casler and Rodger were wearing helmets and transported to Regional Medical Center of Bayonet Point where they both died from their injuries. Alcohol was not related to this accident.

That same night around 8:15 p.m. in Hernando County, 54-year-old Steven Berry was driving his 2013 International Truck traveling southbound on SR-589 in the outside lane, north of Spring Hill Drive. 48-year-old Corey Shoffner, a pedestrian, ran into the path of Berry’s truck from the west shoulder. Shoffner died at the scene of the accident. No charges are pending, and alcohol was not related to this accident.

A few hours later at 6 a.m. Saturday morning, 23-year-old Xavier Brown, of New Port Richey, was driving a 2012 Kia Forte traveling northbound on US-19 in Pasco County. A 1997 Ford dump truck, driven by Brandon Dalinda, was stopped in front of Brown at a light. When Dalinda started to accelerate when the light changed from red to green, Brown failed to slow down causing him to collide with the rear of the truck. Brown died at the scene. Florida Highway Patrol reported Brown was not wearing a seatbelt.