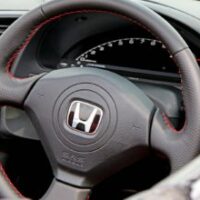 Just before 6 a.m. on November 15, 57-year-old Maria Delourdes Perez, of Ruskin, was traveling south on I-75 in a 2009 Dodge van when she was hit on the left side by 31-year-old Jeremy Guerrero, of Ruskin, who was driving his 2017 Toyota Corolla southbound on I-75 at high speeds. Guerrero noticed a Hillsborough County Sheriff’s patrol vehicle ahead of him and began “aggressively breaking” to avoid passing the patrol vehicle.

Guerrero and his passenger, Mary Kathryn Sonzogni, 31, sustained minor injuries and were not taken to a hospital. Guerrero and Sozogni were not wearing seatbelts. Florida Highway Patrol determined Guerrero was under the influence of methamphetamines at the time of the crash. He was arrested on charges of DUI manslaughter and driving with a suspended or revoked license involving a death.

By Slater Grant | Posted on November 15, 2019
« Horrific Collision on I-75 Leaves 2 Dead and 5 Injured
Blind Spots: One Reason Why Accidents Occur and How They can be Managed »