Horrific Collision on I-75 Leaves 2 Dead and 5 Injured 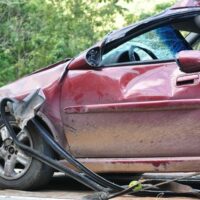 On Wednesday night, eight vehicles were traveling northbound on I-75 near the Hillsborough and Pasco County line, following the flow of traffic in the center and outside lanes. A semi-truck also traveling northbound failed to slow down and veered into the center lane in an effort to avoid an accident. Instead, the semi-truck collided into the back of a 2014 Chevrolet Equinox which caused a chain-reaction crash with four other vehicles.

Many drivers like Angela Rodriguez were stuck on northbound I-75 for hours after the accident happened. Numerous drivers on I-75 had to exit the highway earlier than they anticipated due to their gas tanks being empty while waiting. Florida Highway Patrol is still investigating the crash.