Things to Know After an Accident With a Drunk Driver 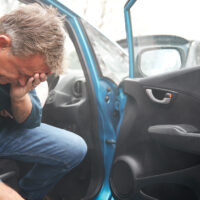 Every day, almost 30 people in the United States die in drunk-driving crashes — that’s one person every 50 minutes. Fortunately, although these deaths have fallen by a third over the last three decades -more than 10,000 lives per year are still lost  per year due to the actions of a drunk driver, according to the National Highway Traffic Safety Administration.

Despite the known dangers of drunk driving, alcohol-impaired accidents continue to account for nearly one third of all traffic related deaths in the U.S. Many people think they can drive even though they have only had a few drinks, but this decision can have a lasting impact not only on the driver but on others sharing the road.  Deciding to drive while under the influence of drugs or alcohol can have devastating consequences, both civilly and criminally.

If you or a loved one is involved in an accident involving a drunk driver you need to immediately call the police.  Once the police are called, start taking photographs of the scene, talk to any witnesses, and call your insurance company.  If you have been injured, seek immediate medical attention.

Florida is a “no-fault” car insurance state, which means that every driver must carry a minimum of $10,000 in Personal Injury Protection coverage. When a motorist gets into an accident, he or she can use this coverage to pay for losses sustained in an accident. If you’re injured in a car accident, your legal options are sometimes limited. A liability claim for damage to a vehicle can be made against the at-fault driver in Florida, with no limitations, or against your own insurance company under your required property damage coverage.

Speaking of insurance, if you own a car and are convicted of a DUI, expect your car insurance rates to rise substantially.

According to Victor Mandia, Director of Insurance and Partner at Jaffe Tilchin Insurance, “statistics show a DUI conviction could lead to an increase of at least 80%, on average, however, car insurance rates after a DUI conviction could be much higher, depending on what state you live in. Additionally, an individual would be required to file for, and carry, an FR44; a certificate verifying insurance coverage that meets the state’s applicable requirements for financial responsibility.” In Florida, an FR44 must be carried for 3 years and requires the following liability and property damage limits are carried:

How to Deal With the DUI Driver’s Insurance Company

You could feel like the settlement from the insurance company is appropriate. However, some expenses, such as future medical procedures and treatments, future pain and suffering, mental anguish, and other “ non-economic damages” will likely not be fully factored into the insurance company’s initial offer. A meeting with an experienced attorney will ensure that your situation is being adequately evaluated so that you can be fairly compensated.

By Slater Grant | Posted on January 12, 2021 Tags: car accident, drunk driving
« Is it legal to drive with fog lights on?
Can I Recover From The Other Driver If I Wasn’t Wearing My Seat Belt? »